Get fresh music recommendations delivered to your inbox every Friday.

by Dead Voices on Air 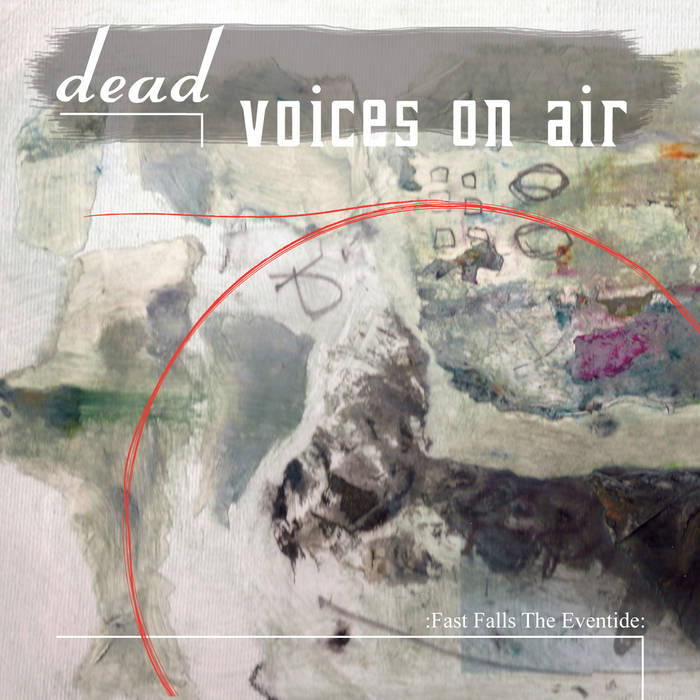 Fast Falls The Eventide is aural provocateur Mark Spybey’s 11th album as Dead Voices On Air, and across a multi-decade career stirring pots experimental, existential, and otherwise, his is a sound that summons any number of nocturnal beasties from the ether. Blink twice, listen carelessly and you'll fail to discern the minutiae Spybey meticulously works into every one of the 15 pieces sprawling across the first disc of this 2-CD set’s eminent domain. Spybey works hard at his art so you don’t have to: rather, as the listener, the participant, the absorber, it’s more important to ignore categorical tags such as “industrial”, “ambient”, “soundscape”, et al, and instead gorge deeply on a wriggling, sometimes confrontational puzzlebox of sounds erupting from a bevy of mysterious sources.

The title of this collection notwithstanding, Spybey’s been having his way with rhythm and noise for so long that the motifs he’s ascribed over the years are practically commonplace amongst the novice post-industrialist - or, hell, the post-whatever. Throughout the last 25-plus years, he’s plied his trade and remarkable sonic mojo both solo and in the company of many a forward-thinking electronic engineer, from guitarists such as Michael Karoli and James Plotkin, to fellow artisans like Skinny Puppy’s cEvin Key or Rapoon’s Robin Storey (with whom he feints sounds as Reformed Faction). It’s as Dead Voices On Air, however, that some of his most startling ideas emerge fully-realized and fully-armed; of course, to hear Spybey tell it, once art leaves the nest it’s up to (once again) the recipient to assume the role of engager: “My work is created in isolation from external references. That is the ideal I strive for. Only in this way is it possible to allow the listener an opportunity to create their own understanding of the music, or, as the artist Joseph Beuys once said, ‘One should resort to interpretation only in an emergency.’”

Perhaps. Still, there’s much expressive bounty to be gleaned from these dark, dusky, evening-soaked works, from the first disc’s mix of ethnological drum cabals, windswept electronics and scraped edits, up through the immense near-quarter-hour title track, which finds Spybey revisiting the mortal atmospheric coils of former colleagues :Zoviet*France:. And pulling the whole enterprise together is the second disc’s first-time digital unveiling of Spybey’s opening salvo, the 1994 cassette Abrader, in conjunction with two unreleased tracks originating from the artist’s early gestations featuring contributions from the aforementioned cEvin Key. New or old, Spybey’s continuing vitality ensures these Dead Voices remain gloriously alive and kicking.

Spybey has worked under the name of Dead Voices On Air (DVOA) for twenty seven years. He’s released numerous albums and collaborated with a variety of people, including members of Can, Faust, Swans and others. He was a member of Zoviet-France and Download. Other projects include Reformed Faction, Beehatch, Gnome and Spybey, and Propeller . ... more

Bandcamp Daily  your guide to the world of Bandcamp

Damu The Fudgemunk shares his recent collab with Def Pressé, plus jams from Common and more